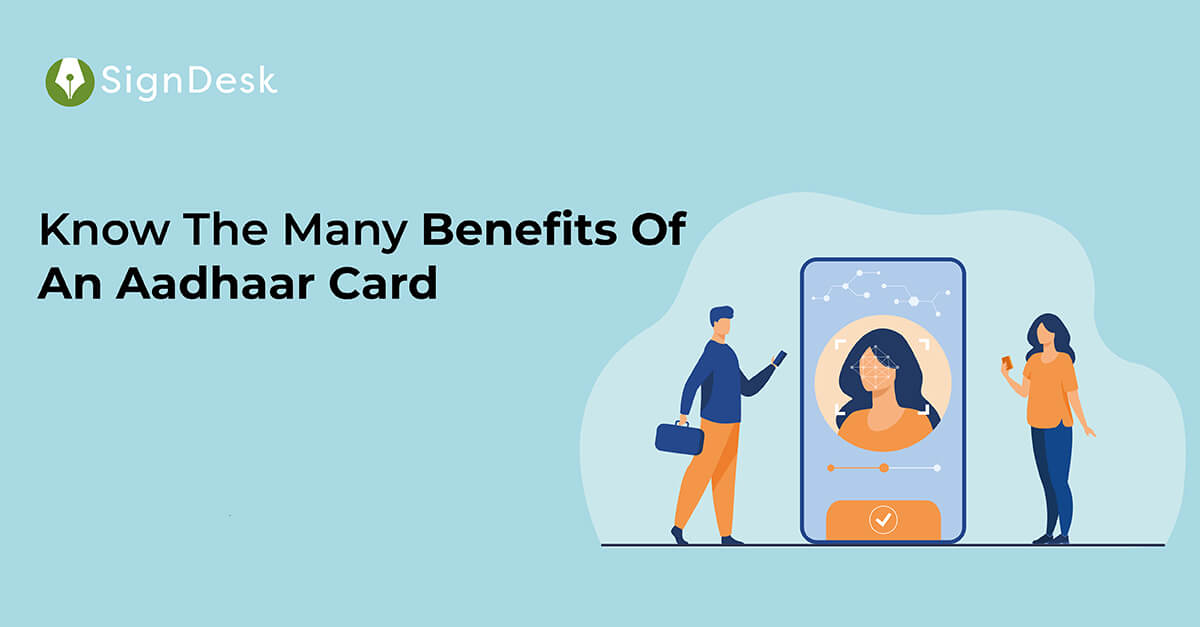 Benefits Of An Aadhaar Card

In early 2010, a central government agency called the Unique Identification Authority of India (UIDAI), came up with the idea to assign unique numbers to each citizen of the country after collecting their biometric values and storing them.

The plan of UIDAI was to link the Aadhaar number with banks, subsidies, and even mobile connections.

Today, Aadhaar is the one single identification project which is the largest of its kind anywhere across the globe.

It serves as proof of identity and address for Indians all over the world.

Any individual can voluntarily apply for an Aadhaar and as long as the requirements are met, the UIDAI will issue an Aadhaar card to the person.

Applying for an Aadhaar is not mandatory despite being totally cost-free. You can always opt not to obtain one, though it is not recommended.

As per the law, a person can hold only one Aadhaar number. The system is solid enough to catch any person trying to get hold of a second Aadhaar number.

As you are required to submit your biometric values – fingerprints and retinal scans, you cannot apply twice.

If the system sees that a set of biometric values already exists in its database, no further number will be assigned to it.

So, do not try to get a second Aadhaar card.

Before we go into the benefits of the Aadhaar Card, let’s discuss some less-known facts about this unique identification number (UID).

Advantages Of Having An Aadhaar

The benefits are many, but elaborating all of them may be unnecessary. So, here are the chief reasons that make Aadhaar a very solid identification method.

This is one of the most important benefits offered by the Aadhaar card.

Such an eSign will be valid and enforceable anywhere in India.

Previously, a customer would have to submit a bunch of documents, each with its own purpose for opening an account with the bank.

If you hold an Aadhaar card, that would be the only thing you require with the minimum amount of cash required to open a bank account anywhere in India.

Also, one gets many perks if you link your bank account with Aadhaar.

If you register your Aadhaar number with the Employee Provident Fund Organization or the EPFO, the PF amount will be credited directly to the Aadhaar card holder, thus simplifying a rather complex process.

While signing up for a gas connection, if you provide your Aadhaar number, the LPG subsidy amount gets directly credited to the bank account number linked with your Aadhaar. If you already have a connection, simply provide a copy of your Aadhaar card to your LPG dealer.

All students eligible for scholarships and stipends can provide their Aadhaar number to the authority issuing the money to have the amount directly credited to their bank accounts.

No need to visit officials in person with a set of documents.

Under the simplified passport application process, any applicant who holds a valid Aadhaar card can get a passport in just ten days.

The process, which otherwise takes several weeks, has now been made easy with the introduction of the Aadhaar number.

If you link your electoral ID with the Aadhaar card, you will discourage potential fake voters who might be misusing various documents to cast multiple votes.

No person will ever be allowed to have multiple voter IDs because only one Aadhaar will ever be issued to a person.

We could go on all day about the benefits of being an Aadhaar holder, but we hope that the ones listed above will woo you to sign up for it if you have not already.

We need not say any more to establish that Aadhaar is indeed a versatile identification method.

If you have an Aadhaar already, now would be a great time to try the latest innovation from the UIDAI, the eSign.

Like the Aadhaar, eSign too has many benefits which would change the very face of signing legal documents. Do try the eSign if you are an Aadhaar card holder!