June 30th, 2018 is the deadline for all banks to tweak their systems to enable Virtual IDs instead of Aadhaar. Also, banks have to migrate to the KYC (Know Your Customer) mechanism as decreed by the Reserve Bank of India (RBI).

Customers have a choice between giving the bank their Aadhaar numbers or provide Virtual IDs. Unique Identification Authority Of India (UIDAI) authenticates names and address details via the back end. This directive from the RBI was sent to all banks in early June. So they could prepare for the rollout of the VID system scheduled from July 1st. Banks that do not comply with the directive from the RBI will be penalized. 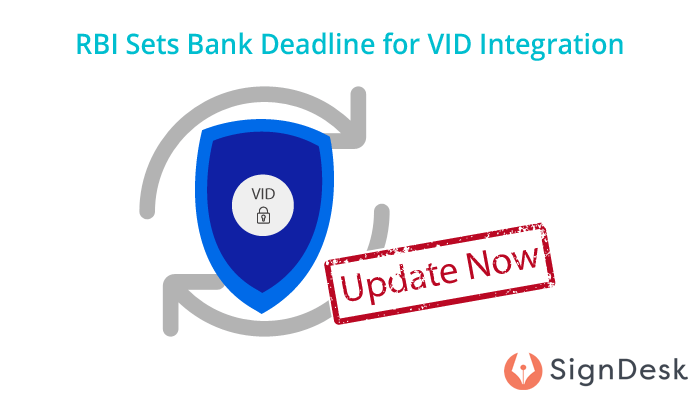 To address privacy concerns, the UIDAI announced plans in January of this year to introduce the Virtual ID feature. In order to obtain a Virtual ID, an Aadhaar cardholder can generate it from the official UIDAI website. As compared to the actual 12 digits biometric ID, this can be produced for several authentication purposes.

The UIDAI followed up with the announced plans by launching a beta version of the VID feature, allowing the user to generate a VID and use it to update their addresses in Aadhaar online. In order to enable the use of VIDs, the Department of Telecommunication directed telecom service providers to alter their systems and networks.

The VID (Virtual ID) is a random 16 digits number that is mapped to the Aadhaar number of a person along with biometric details of the user. This VID would give any authorised agency like a bank or a mobile company, limited information of the users such as name, address and photograph, which is adequate for any form of verification.

A user is welcome to generate as many Virtual IDs as they desire. But one must remember that the previous ID will be nullified the moment a new ID is created. The transition towards Virtual IDs mostly stems from the rising concerns in regard to the collection and storage of personal and demographic data of individuals in the country

How to Generate Aadhaar Virtual IDs?

To learn how to generate your 16 digits Virtual ID, follow the steps here.

How to use your Virtual ID?