Home / Digital Stamp / Franking – Everything Yo ...

When purchasing a property, taking a loan, or creating any legal documents, a customer must pay a set of processing fees. These charges involve registration fees, franking charges and stamp duty, all of which are required to be paid in certain cases & to different authorities.

Franking is widely misunderstood & often confused with stamping; clarification among the two is vital while dealing with legal documents.

Stamp duty is a transactional tax levied on documents to make them legally valid and is usually paid to state governments. It is one of the most significant sources of income to fund government activities.

There are different modes of stamp duty payment, but franking and eStamp online are the popular ones. This article focuses on franking, which is one of the modes.

So, frankly speaking, what is franking?

The term franking originates from the French word affranchir, which means ‘free’. The British House of Commons in 1660 claimed the privilege with a demand for free carriage of letters addressed to or sent by the members. This was in return for establishing a post office.

Today, franking documents is a mode of stamp duty where an authorised bank or an agent franks the documents using an automated franking machine. The machine impresses a red mark or a particular denomination on the document. The impressed document acts as proof that the customer has paid the required stamp duty.

In simple words, franking is the process of stamping the documents/instruments, indicating that they are legal and that the stamp duty has been paid. 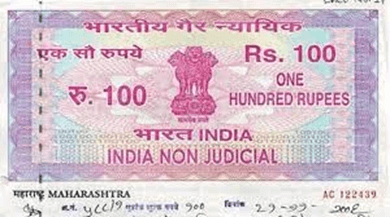 Before franking was introduced, stamp papers were used to confirm the payment of stamp duty. But they were vulnerable to misuse, tampering, and forgery, which led to a lot of scams. Hence, the government discontinued the practice and introduced franking machines.

The state government buys and standardises the franking machines in most cases. They then provide them to banks or authorized agents.

Anyone desirous of becoming authorized to use franking machines must submit a franking license application to a state government branch (usually a superintendent of stamps or post office) and obtain the official permission/license from them. 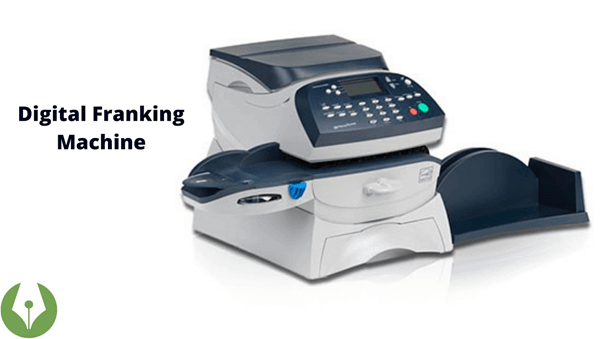 But what incentivizes private individuals or banks to obtain licenses for franking? The answer is that banks & authorized franking agents can levy a franking charge to frank documents.

Franking charges are processing or operating fees that entities with franking licenses or authorized franking entities levy for using franking machines. This means that the customer has to pay a small franking charge every time a document is franked.

Franking charges are applied for loan agreements as well. For this, the percentage of changes varies.

As per the GST Act 2017, GST is not applicable for judicial papers, even those sold by the government authorities or an authorized vendor. Hence franking charges are free of GST. Similarly, it is exempt from TDS (Tax Deduction at Source).

The amount for stamp duty varies for different states. Within a state, the percentage varies with urban & rural regions and genders as well. Similarly, franking charges also vary between states –  franking charges are just 0.1% of the transaction value in Karnataka. Franked documents look like non-judicial eStamp paper, in some cases.

In the context of agencies, for traditional stamping, stamp duty is usually paid to the stamp paper vendor while purchasing stamp papers, at the sub-registrar’s office, or online in real-time in case of eStamping.

On the other hand, franking charges are paid at authorized franking agencies/banks. Only selected banks or agents who have the Government’s permission can add the franking stamp on the documents.

To summarise the differences –

When to frank documents

The customer must type all the information and details on plain paper and get the document franked before signing it. They need to fill an application form with all the franking details and then approach the franking authority.

Banks are allotted a limited quota for franking, and beyond that, they are not permitted to frank any more documents. So customers have to visit the authorized bank during a specific time only or approach an agency that can get their documents franked.

Is franking better than other modes of stamp duty payment?

The customer can also purchase printed stamp papers or buy eStamp paper online, which are previously franked. The cost of the stamp papers includes stamp duty, so the customer has to just register and sign them. However, this can only be used in certain situations.

A drawback with franking is that each bank has a limited quota. If a customer requires a denomination that exceeds the bank’s quota, they have to inform the bank beforehand to conclude the transaction.

Stamp duty payment does not happen in real-time and requires the customer to visit the bank physically. Due to the limited quota allotted, it’s difficult to get multiple documents franked, risking the loss of documents and fraud.

An alternative to franking is e-stamping, a process where the customer pays stamp duty online in real-time and SHCIL  (Stock Holding Corporation of India Limited), keeps all the records for stamp duty payment. SHCIL is the central record-keeping agency for all stamp duty transactions.

How does franking compare with eStamping?

e-stamp is more secure and tamper-proof than any other mode of stamp duty payment. Only authorized banks can generate e-stamp paper online, an ordinary citizen is not allowed to generate it by themselves. Customers can easily transact online through net banking or they can use a bank challan.

Physical stamp and manual stamp duty payments are not always convenient. They are a slow process and result in enormous TAT. Digital stamping is an alternative solution with more benefits and convenience.

Here’s how eStamping measures up against franking.

Here are the steps to pay stamp duty online –

With a trusted digital stamping service, these steps can be completed in less than ten minutes.