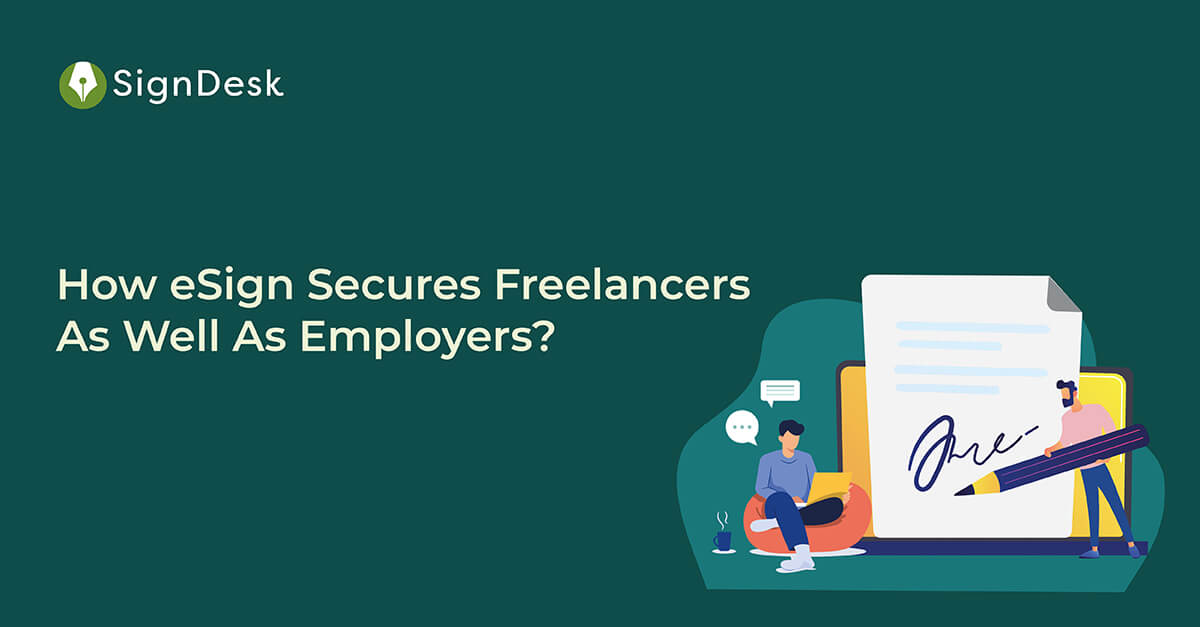 Would you join a company and work for them without an offer letter? You wouldn’t, right? Definitely not worth the risk of investing your efforts and the stability of your career.

An offer letter validates the employer-employee relationship. The document saves one from any dispute/confusion like payment, probation, incentives, promotion and such.

From an employer’s perspective, it saves the company from the employee mismanaging crucial company data.

Upon mutual eSign agreement, the document invariably evokes a sense of credence between the employer and the employee.

It is indeed a general practice in the offline world for the employer and the employee to sign a mutually agreeable offer letter.

However, it is not the same case in the freelancing space, at least, most times.

Many freelancers tend to accept every offer that comes their way. This practice only makes them vulnerable to perverse clients.

It is but a realistic situation where employers become unreachable, delay payments or demand unreasonable revisions over completed work.

Definitely not a good experience.

Being adept to handle such situations without much hassle is clearly what separates the smart professionals from the rest.

A simple contract with a well-drafted set of terms signed by either party ensures a seamless work experience. Most importantly, no apprehensions in the mind whatsoever, downright.

At this point, one may question – What if the employer denies work because the freelancer is requesting a contract?

Simple. Deny your services. Is it worth putting in your efforts to an employer who doesn’t make a verifiable commitment – You know right?

eSignature has clearly brought in an easier facility to freelancers as well as genuine employers.

The gig economy, as it is being called now, has a solution to a long persistent problem of trust with the gradual rise in the use of electronic signatures.

In India, without a doubt, the demand for gig workers/freelancers is growing by the day (or by the hour?). Here’s some food for thought:

With such an emphatic rise in the number of freelancers in the country, what is it but a child’s play for the ingenuine to play coy with the freelancers’ time and efforts?

With such issues being real, there is no stopping the rise in demand and supply of freelance work, definitely not the concept of choosing who to work for and the lure of working on your own terms is indeed welcoming.

Especially so as we move forward in time and convenience.

Now, to cut the drift, it is but an abiding fact that freelancers without a verifiable contract are vulnerable to the many ordeals that arise in a gig working space.

Proofs of email or text messages to gain justice in case of a dispute are as easy to manipulate as it is to send a text message.

The many sites that offer a secure freelancing environment mostly take a sizeable cut from the fruit of your labor.

Please comment below if there is a site that resolves disputes and offers employers and freelancers an unambiguous experience for free, please.

Enough said, here’s how eSignature solves all or at least, most ordeals freelancers face day in and day out

“I have to get back to work, I’m under a contract. My baby and I have only a verbal agreement”

The above quote is a popular satire for the indifferent results of forging an agreement orally. Also, It is as much a need for the employers to secure their interests as it is for the freelancers.

eSignatures in India cost a negligible sum. The effectiveness of having a contract with an eSignature, however, has been implied through this article.

Handwritten signatures are as effective too, but are they as cost-effective considering the expenses for pen, paper, print, fax, storage and travel?

At this point, it has to be noted that eSignatures are a way more secure option than the physical signature for the simple reason that they cannot be forged or duplicated as they are guarded by an underlying mechanism called Audit Trail

Many potential ordeals in a freelancing experience like indifferences, delayed payments, over-expectation or under-delivery can be amicably resolved when a prior agreement is drafted and eSigned.

The whole process can be done with the convenience of an internet-enabled device.

Some employers in the online world are especially notorious. Getting work done from a fake account and absconding are common practices.

Every freelancer worth his salt would know of this unhealthy practice. A legally binding eSignature however, ensures these unethical practices are put to rest.

Now, how easy or difficult is it to apply an eSignature?

You only need to upload your document here and enter your Aadhaar number.

Once you enter the Aadhaar number, an OTP is sent to your Aadhaar linked phone number, upon entering the same, you can place your legally binding Aadhaar based eSign over the document.

You may invite the other party to eSign the document as well and they will follow the same, simple procedure.