After a lot of hear and cry about the ease of purchasing the Aadhaar database for as little as ₹500, UIDAI launched the Virtual ID (VID) to counter this revelation. This VID is in place for the Aadhaar number for authentication and provides a limited KYC.

UIDAI created the Virtual ID which is a mechanism that cannot be mapped back to the Aadhaar number. This would add another level of security wherein the UID tokens would ensure uniqueness to the beneficiaries without allowing the sub-AUAs to store the Aadhaar number. 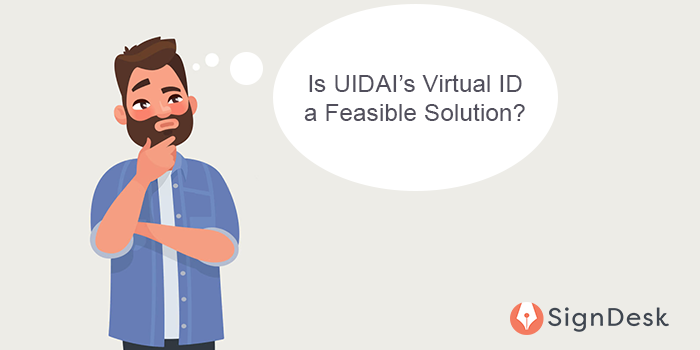 With the launch of VID,  Limited KYC, and the introduction of a blanket restriction on Storage of Aadhaar Number, by Local AUA’s the UIDAI sought to get an order and introduce the security layer, in the Aadhaar User Databases.

What is Virtual ID (VID)?

UIDAI by its notification dated January 10, 2018, introduced the concept of Virtual ID. The Virtual ID was conceptualized to be a revocable 16 Digit Number, generated by Aadhaar Holder, to use in transactions, where previously Aadhaar Number was used for authentication.

Virtual ID can be used for the purpose of authentication just like the Aadhaar number. This VID can be generated on the UIDAI’s residential portal. This UIDAI requires the entities to migration to the new system which is authenticated using the VID.

The Digital ID can be regenerated several times and this makes it a safer option instead of sharing your Aadhaar number. The VID is revocable and at any time it can be replaced by a new number by the Aadhaar holders after it expires the minimum validity period set by UIDAI. This can be accessed with the registered mobile number and the OTP that you receive.

In simple words, the VID masks the Aadhaar number and information and this is done through a solution called Tokenization. This token number is unique for a particular entity and remains the same for authentication requests. However, for different AUAs and Sub-AUAs, the UID token would differ.

Some of the guidelines of the New Virtual ID from UID include:


How Different are SSN and CPF from Aadhaar?

The Social Security Number in America keeps a record of services while Aadhaar is the proof of Indian identity. SSN is governed by the Federal Legislation, Aadhaar is governed by the Aadhaar Act of 2016. While SSN collects demographic data, Aadhaar collects biometric data. On the one hand, Social Security stored all information at a Central database while Aadhaar links databases. Central Provident Fund (CPF)  provides social security in Singapore. This is done through four vital accounts which include: Ordinary Account, Special Account, Retirement Account and Medisave Account. In Singapore, every employed person contributes a certain amount from their earnings to the fund and this is based on age and income levels.

Is VID a Solution to this Problem?

When defining the time when the VID implementation took place, it all comes down to how effective it is and whether it dwells on it being as simple UIDAI’s migration plan. This ensures that the old method of submitting Aadhaar numbers is replaced with a Virtual ID. These practices came into place to counter The Tribune’s report on acquiring billions of Aadhaar data for as little as ₹500.

In the earlier model, there were several privacy and security concerns, this lead to several reviews as follows:

Claiming that the UIDAI’s latest move in January was a PR gimmick to cover the accusations of data leaks. Ankush Johar, Director of Infosec Ventures explained that even the facial recognition measure would provide zero security based on the poor 3 and 5-megapixel cameras that are being used.

Take a look at this video to understand learn more about the technical aspects that could be at risk:


Is Virtual ID The Solution To Aadhaar Woes?

Is Virtual ID The Solution To Aadhaar Woes?

Speaking on the issue, Troy Hunt, Microsoft Regional Director and MVP for Developer Security suggested, “The biggest concern of Aadhaar was the statements that it was hack-proof or absolutely secure. They (UIDAI) are at one point in the spectrum where there will never be 100% secure.” 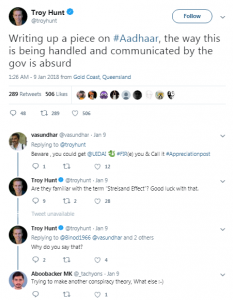 Countering this, Saket Modi, Co-Founder and CEO of Lucideus Tech suggested that all these points would fall on a low category and these issues would usually be taken up by UIDAI. 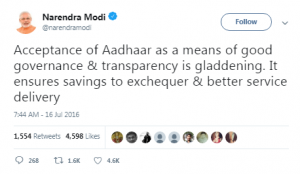 Is Virtual ID the Way Forward?

Under the regulations and rules provided by UIDAI, there is no clarity on the current impact of VID on existing and new applications. All registered AUAs are required to upgrade their registered devices and a lack of clarity could involve misappropriation of information. Some of the public models deployed for STQC certification have been expired. This leads to KUAs upgrading their API and those non-registered devices would not be able to authenticate transactions.

Though the Virtual ID has a lot to gain from, several questions have remained unanswered. Is there a distinction or rationale that explains the basis of this decision? In order to explain this rationale, it would seem unclear as this additional security layer may seem short-lived. This is due to the fact that entities that have already included the Aadhaar number in the form and now have to update subsequent actions using the VID with UID Tokens. This would lead to unanswered questions on why this is possible with several sub-AUAs that authenticate and authorize several payments on behalf of their customers.

Do you feel that there is an increase in security for both Aadhaar and VID for loans? When you review the decisions behind VID, you need to determine if your bank still uses your Aadhaar details and subsequently uses VID to process loans. This seems detrimental as this would be a spoke in the wheel of the otherwise Aadhaar-enabled bank function. If this is the case, then several financial decisions would likely be reviewed if your Aadhaar data are easily available despite the enactment of the Virtual ID. So where is the question of the increased level of security?

Should we collect VIDs or submit Aadhaar details to create an eNACH? On a similar front, wouldn’t it seem unnecessary to submit your VID with the UID token if eNACH creators already have your Aadhaar details? That being said as Limited KYCs they should not be in a position to gain access to your biometric information and other details that are not required to create an eNACH.

While creating a loan with your bank account, should you submit both the Aadhaar and VID details? This comes as a no-brainer that your bank should usually request you for your VID and UID token, but on the contrary, banks required an e-KYC from UIDAI. After your account is created with your Aadhaar number, then the question about why you need to submit a VID is quite puzzling. In order to ensure that your loan is processed, a VID is acknowledged but not at the cost of you submitting your Aadhaar credentials to your respective bank while creating an account. This leads to the final question, does this make VID an effective solution to the problem?


FAQs on the New Virtual IDs

How Secure is Your Business?

Let SignDesk.com, enable your business through its Aadhaar-based document workflow solution. Choose to eSign your documents in as little as 3 steps by reducing costs and improving productivity. Get better operational efficiency, drive sales better, use a legally valid and secure workflow solution.

Sending documents for eSign has never been easier. Simply upload the documents and add any number of signees with reminders. Make Aadhaar-based eSignatures with your Aadhaar registered mobile number. This is also possible for digital stamping solutions that require signatures. Moreover, you can also scale your business through quick payment solutions, automate payments and do auto-debits with our eNACH solutions.

Connect with SignDesk to learn all about Aadhaar-based solutions which are sure to help your business. Whether it’s quick eSigning of documents, creating eNACH, client onboarding through digital KYC or producing digital stamping, we have the best document workflow solution. So breathe easy!