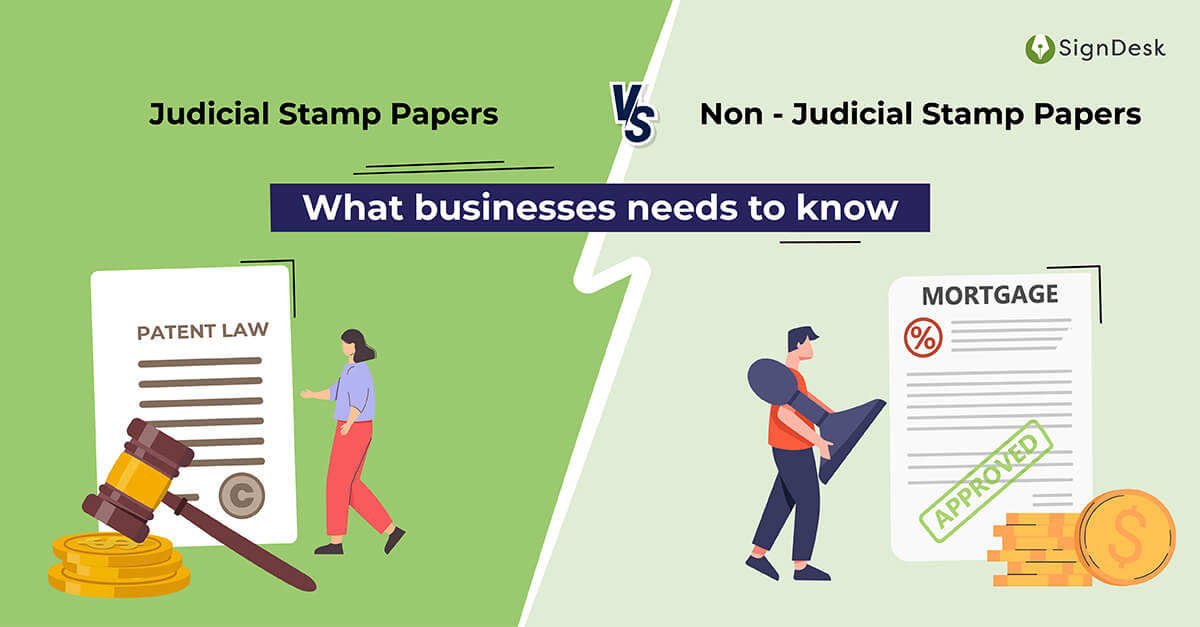 A stamp paper is an A4 (foolscap) sheet of paper that has a revenue stamp printed well before on it, similar to the one seen on paper currency or postal stamps whereas, in the case of digital stamping, it doesn’t require printing. Like digital stamping, these stamp papers are often issued by the government and have denominations.

The stamped paper has traditionally been used to pay revenue on documentation that requires stamping, such as leases, agreements, receipts, court documents, and many more. Aside from the pre-printed stamp, the papers are acquired blank and are available through stationers, attorneys’ offices, post offices, and courts in accordance with local requirements.

Recently, digital stamping has emerged as a cost-effective & efficient alternative to stamped paper, mainly for non-judicial & commercial purposes for which stamped paper is traditionally used.

Reports suggest that in 2018 while purchasing property in Hong Kong in 2018, overseas purchasers were required to pay a 30 percent stamp duty. In New York, however, the stamp duty rate for overseas buyers was only 3%. 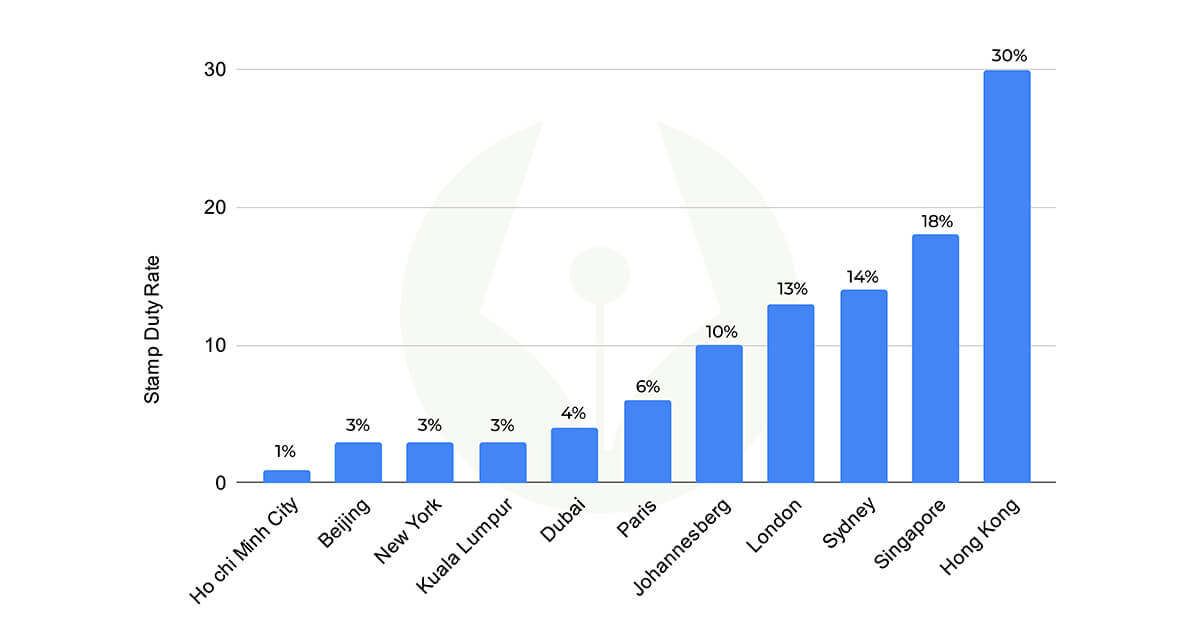 One will be charged property stamp duty if they transfer the title of their property to another individual. The state government charges this cost for the documentation required to register the property. Stamp duty and registration fees vary from state to state. When registering a property, one must pay stamp duty as required by Section 3 of the Indian Stamp Act, 1899.

The stamp duty varies from state to state in India. It can be seen from the following table: 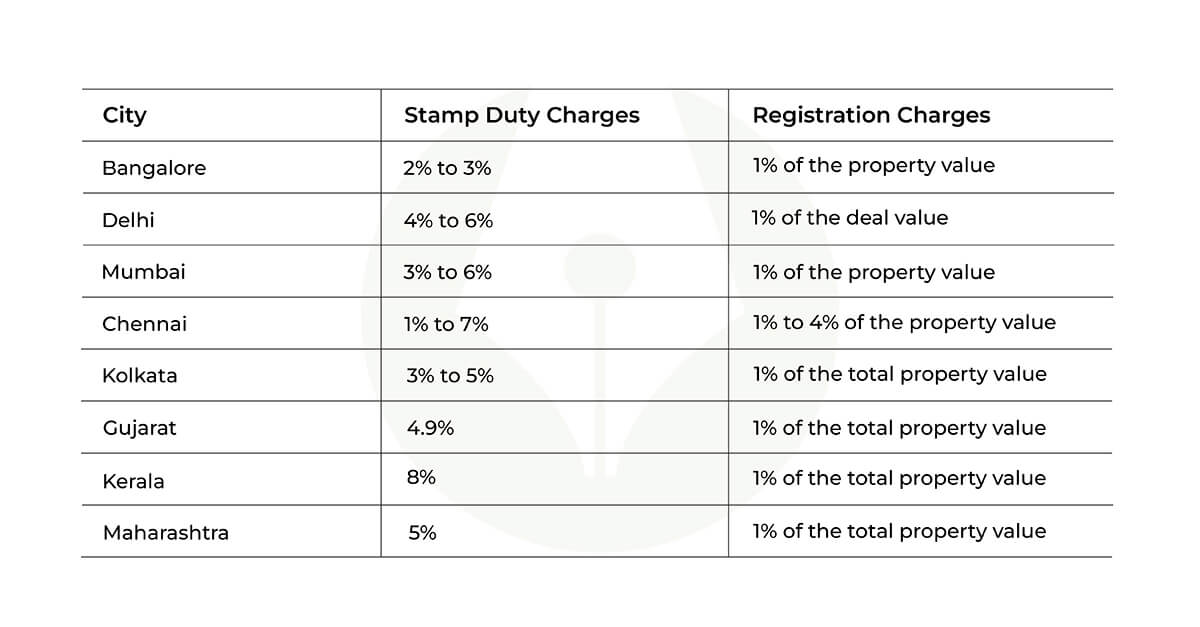 Despite the fact that every stamp paper has a monetary value, it cannot be considered as a negotiable instrument or traded like cash notes.

Stamp papers are used to:

Judicial and Non-Judicial Stamp Papers: The Differences Within

Bindingness and judicial approval are required for any agreement to exist in a democratic nation, and for this reason, the arrangements inside an agreement between the parties are written/typed on a piece of paper having a definite legal value expressly sanctioned by the state for the purpose.

There are primarily two types of stamp paper.

When a person files a civil plaint or a complaint under the Negotiable Instruments Act, he or she must now pay court fees that are commensurate to the amount of the claim.

The staffers cannot be trusted with money worth up to INR 3 lakhs. To prevent this monetary transaction, judicial stamp papers with the case number, names of the parties, and signatures of the advocates are created and appended to the conclusion of the plaint.

The court charge varies depending on the nature of litigation; Section 7 of the Court Fee Act of 1870 allows for the computation of fees in various issues. The variations are as follows:

Therefore, preparations and entries regarding the administration of justice are carried out on Judicial Stamp Papers, and duty in the form of court fees is levied on them. A magistrate will not use non-judicial stamped paper for the judicial processes, such as drafting orders and decisions, and will not accept pleas written on such documents.

The Non-Judicial Stamp Papers are used to carry out any non-judicial commercial arrangements between parties. For instance, all kinds of property transfer agreements, leasing agreements, affidavits, and so forth.

The state will impose a predetermined amount of stamp duty on each transaction. Each state will have its own stamp duty system. Non-judicial stamp duty is one of the most important sources of revenue for states.

As an example, consider the following instances of Stamp Duty:

India and Stamp Duty: The Origins

In April 2008, though the technology had been deployed on a trial basis in eight other cities in Gujarat, Maharashtra, and Karnataka, Delhi became the first state to switch to e-stamping of documents.

The new approach, however, was not applied to court stamp paper used in sworn affidavits and other papers that do not involve the sale of real estate.

In a newspaper report from 2008, it was quoted, “The e-stamping technique also claims to protect against the potential of counterfeit or forged stamp paper. Each tamper-resistant certificate is labelled with a unique identifying number (UIN).

The legitimacy of stamping certificates can be checked at www.shcilestamp.com

In an effort to eliminate counterfeits and mistakes, the Indian government implemented the e-stamping service in July 2013. The Stock Holding Corporation of India Limited (SHCIL) is the country’s Central Record Keeping Agency (CRA) for all e-stamps.

Although in 2021, it was reported that the introduction of e-stamping for values less than INR 1 lakh, for both registrable and non-registrable documents, has been halted by the state administration of the Indian state Kerala.

To ease the pressure, it has been advised that the businesses can procure Digital Stamp Papers through a provider like SignDesk and merge documents with Stamp Paper to make them legally valid and admissible in the court of law. If the need for a signature on the document arises, signers can simply be invited to eSign documents online.

The advent of e-stamps has made  stamp duty payments more convenient, the reasons are as follows:

The entire stamping & signing process can be completed within 5-10 minutes. This reduces delays in paperwork, making documentation workflows simple and convenient.

Industries such as FMCG (Fast Moving Consumer Goods) rely heavily on vendor services and have a strong demand for contractual arrangements of vendors. Even if there are several parties participating in the transaction, the contract may be performed within a day using SignDesk’s Digital Stamping and eSign Workflow technology.